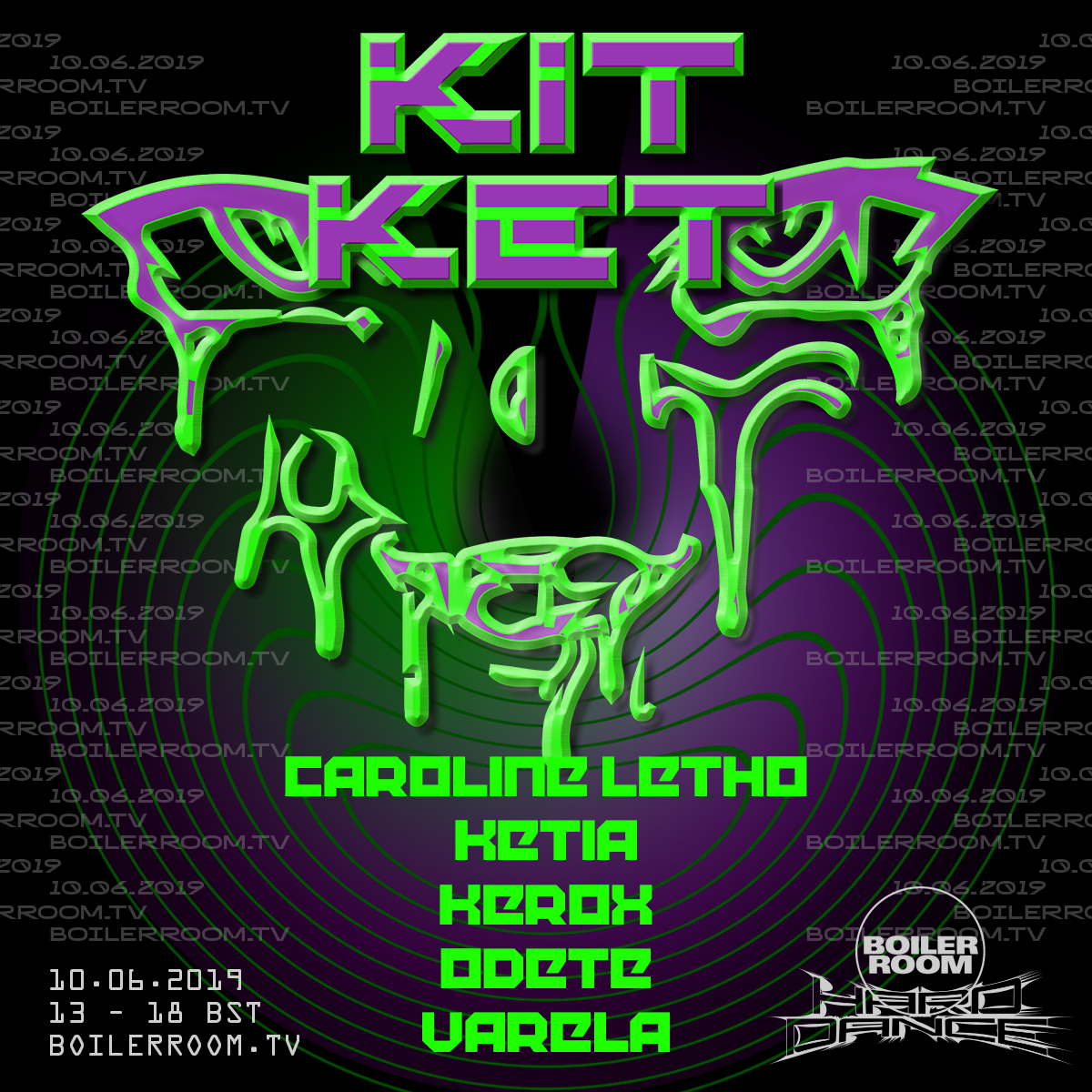 We’re back in Lisbon for a function with one of the city’s most exciting collectives. Kit Ket prioritises the safety and inclusion of womxn, trans and non-binary folk, founded by Mina collective member, Ketia. A collective with an unpredictable sonic narrative, anything goes. Don’t sleep.

ketia has a new found sense of belonging behind decks and feels very grounded in the underground happenings of lisbon a keen ear for new and exciting music, alongside a curious, invested approach to community-building within the lisbon club scene; insists on mixing as many genres as possible with a promise of bangers only started as coatcheck girl at queer rave mina where she debuted and rose to resident and tech bitch founder and co-organizer of trans focused collective Kit Ket - a subversive crossover between a rave and a house party in a non consistent sonic narrative a crystal clear mission on bringing honesty to the table as a gateway to bliss on raving

Odete works between the field of writing, music, performance and visual arts - her work is explicitly autobiographic, making clear the border between the personal and politics. She describes her music as a sensorial theory for a weary girlhood - a ghost warrior that becomes visible through mixing. Through transitioning. Failure, silence, brokenness and emptiness as the basis of a queer dramaturgy of track making. Her sets are something between anime soundtracks with lots of reverb, pitched voices narrating a tale of heartbreak, opera singing with no technique and the music of her friends.

Kerox emerged at the genesis of Xita Records in 2015, label he co-founded. Afterwards he started entering Lisbon’s clubbing scene and consequently started working with other collectives, who are a part of this new scene, such as Intera, Kit Ket and the agency/label supension. As a producer he brings us marshy landscapes, in an interplay between expansive horizons from cybergrind to ebm and destructive industrial verticality. With tracks that emerge from the epicentre of his concerns, such as “Facegrinder” or “Sarna” (2018), Kerox manages to keep us in a glitch full of false steps, (with deep certainties simultaneously) and makes us question the clubbing-friendly concept.

An explosive revelation in the portuguese DJ scene in recent years and a key player in the local underground, Varela has something important to say through music. An indirect but studious disciple of greats like Levan or Ron Hardy, Varela is the new and the old school all at the same time. There's something eternal and classic about what he does behind the mixer; a profoundly honest connection to music that doesn't deviate for one second from its emancipatory and transcendent purpose. Those who have seen him command a dancefloor recently have witnessed the shamanic mastery with which he directs the energy and bodies towards an intoxicating unison. It's all intuition, exchange and empathy when he mixes a Ron Trent classic with any hot new track, with a resolve that forces you to pay attention.

Caroline Lethô, real name Carolina Mimoso, was shaped by Algarve's warmth, where she was born and raised. The simultaneously dense and light atmosphere of the South transpires to the music she makes and the music she chooses to play: her spiral of references has melody and depth as focal points of a free (but skilfully driven) journey through the most captivating corners of dance music.

Sign up to our newsletter for 20% off your first order in the shop plus priority access to news, drops and events.