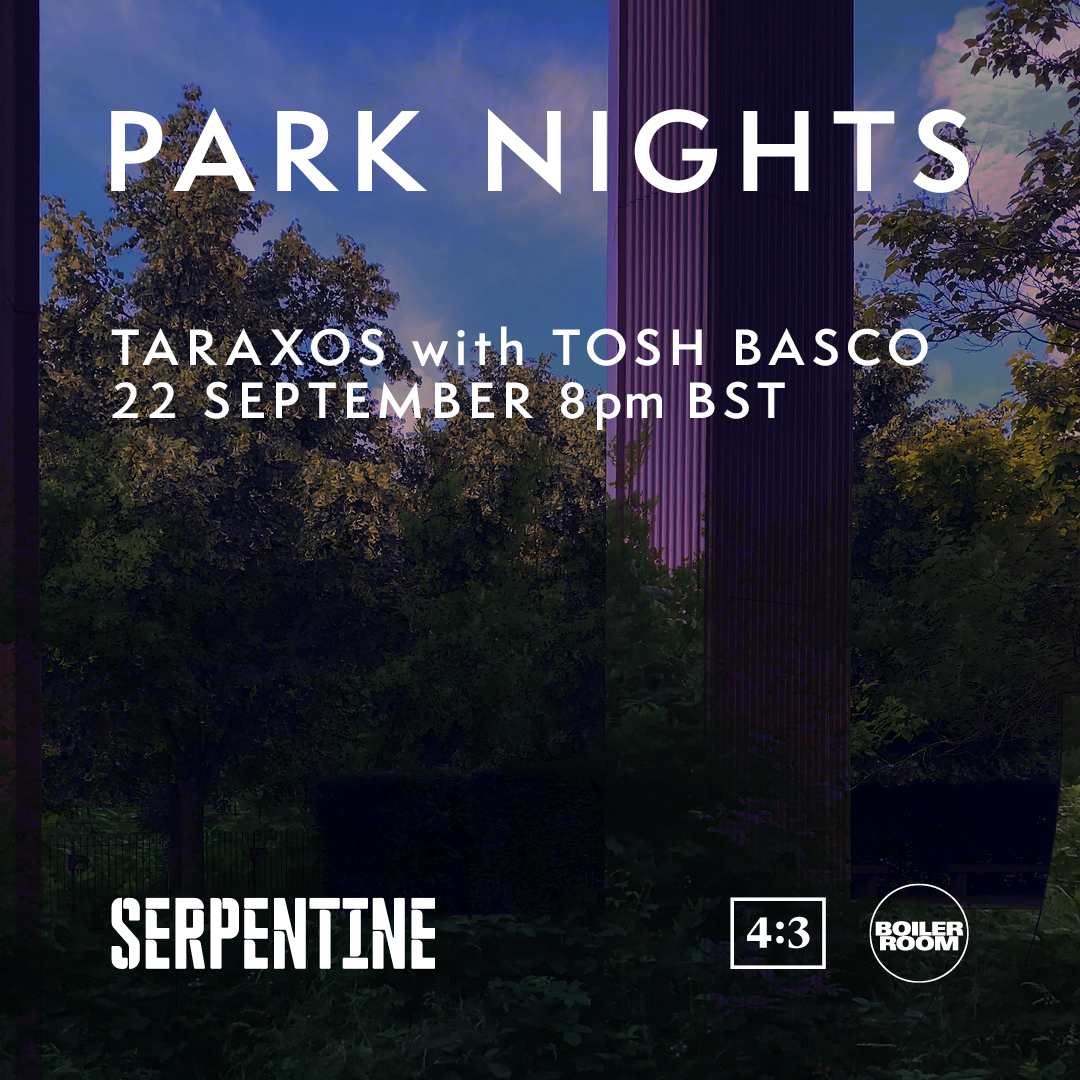 Sophia Al-Maria is a Qatari-American artist who lives in London. Though her work spans many disciplines including drawing, film and screenwriting for TV, it is united by a preoccupation with the power of storytelling and myth, and in particular with imagining revisionist histories and alternative futures. Her work has been exhibited and published internationally and collaboration remains a fundamental principle of her expansive practice. Al-Maria was the co-curator of the Serpentine Miracle Marathon in 2016, participated in the 2014 Extinction and 2015 Transformation Marathons and her films have been screening widely at Serpentine Cinemas and symposia, most recently as part of the General Ecology programme. taraxos, Al-Maria’s first public artwork, recently launched at Serpentine.

We’ve partnered with Serpentine to broadcast the 2021 edition of its experimental, interdisciplinary live series, Park Nights.